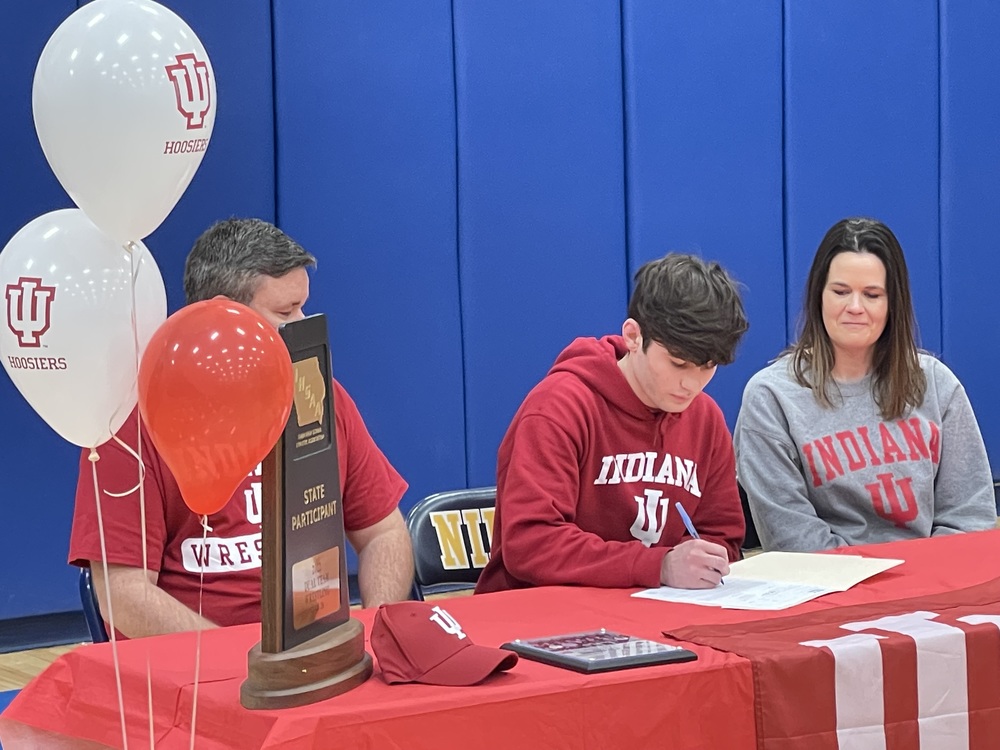 By Matt Levins of the Hawk Eye

That came at the prestigious Cliff Keen Independence Tournament in 2018, where Frazier won his weight bracket,

Over the course of the last four years, Frazier proved Plein correct.

On Wednesday, Frazier put the finishing touches on his high school career, signing a National Letter of Intent to wrestle at Indiana University.

Frazier, the Class 2A 132-pound state champion who helped the Nikes win the Class 2A state team title, chose Indiana over Coe College.

The Kelley School of Business at Indiana, one of the top business schools in the world, was the deciding factor for Frazier.

“I would say that is probably the biggest factor. The Kelley Business School is top-ranked in every single aspect of their business program. The finance, management, everything. It’s a really good business school. I think that will help with my academic and career goals," Frazier said. “I had it narrowed down to three schools. Then I narrowed it down to two. It was between Coe and Indiana. I decided I wanted to give myself the opportunity to compete at the highest level I could.”

“It’s kind of a surreal situation for me," said Plein, a Hall of Fame coach. "When I started the program (at Notre Dame) he was one of my first wrestlers. Its kind of hard to see him go. But at the same time it’s exciting to see him wrestle beyond high school and into college, especially at the level of he Big Ten.”

Frazier started wrestling in fourth grade when his family lived in Campbellsville, Kentucky. There, Frazier had the opportunity to learn from the Campbellsville University wrestlers, which accelerated his progress in the sport and expanded his wrestling knowledge at a young age.

Once he arrived at Notre Dame High School, Frazier changed his style of wrestling with Plein as coach. Frazier, who already had all the technical skills, became much more offensive-minded.

“Every match is just win your match, get off the mat and win the next one," Frazier said. “Working with Plein, I’ve completely changed my style from what it was years ago. I’m a lot more offensive, on-my-feet wrestler now. I take my own shots. I’ve been a pinner. Ever since I started working with Plein we’ve been working really hard on grinding on top. Now I’m a pinner.”

Frazier was a three-time state finalist, finishing fourth as a junior. He compiled a 196-11 record at ND-WB and handed New London's four-time state champion Marcel Lopez three of his four career losses.

Frazier went 53-0 as a senior, beating McKinley Robbins of Greene County, 5-3, in the finals.

Self-confidence helped put Frazier at the top of the podium this year. 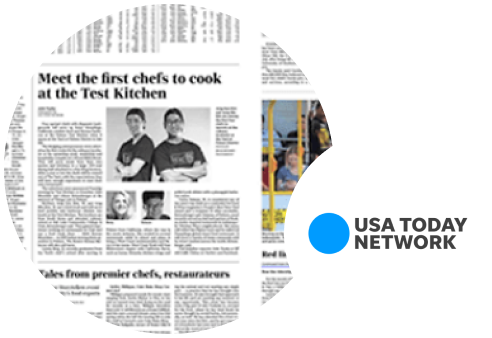 Access the digital replica of USA TODAY and more than 200 local newspapers with your subscription.

“This year I was confident in all my shots, which made me less hesitant in taking my shots," Frazier said. "In past years, especially at the state tournament, I kind of freaked myself out. I wasn’t fully trusting myself, my shots and my abilities. This year I fully trusted myself, my abilities and my skill level. I think that really pushed me to a different level because there was no hesitation there.”

Frazier is looking forward to furthering his skills at the NCAA Division I level under Indiana head coach Angel Escobedo and staff. As good as he was in high school, Frazier knows there is plenty of work still to be done to compete at the Division I level.

“I think I’ve got to work on my ties. It’s a lot more physical at the college level. It’s hand fighting and ties. It’s a lot more aggressive and physical. I have to work on finishing my shots. When I went up to Indiana I wrestled with some of the guys. I could get in on some shots, but they are super tough and it was hard for me to get in on them and finish. I have to work on finishing at a higher level," Frazier said. “Right now I think my bottom wrestling is really good. I can create openings, scrambles to get out. I don’t just do a standup. I have different scrambles and stuff. I don’t think there is anyone who held me down all year. I’m sure it’s going to be different at the college level. There are different levels of riding and a lot more people want to ride at the college level because of the riding time. That’s going to be a big change.”

Frazier said he expects to redshirt next season and compete unattached at 133 pounds. He hopes to compete for the starting spot at 141 for the 2023-24 season.